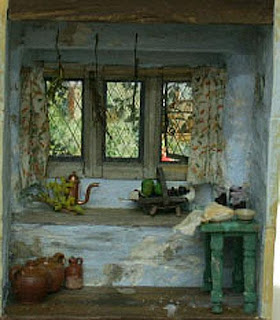 I haven't done much minis for a while apart from going to my monthly club as I haven't felt particularly inspired.  This week inspiration struck in the form of this picture I spotted while surfing the net. A bit of research later and its by Penny Thompson who also does other wonderful mini scenes and figures.  I liked it so much that I wanted to try and do my own version of it.

So I dug out my foam board, ruler, pencil  and scalpel and a few hours later I had built this...... 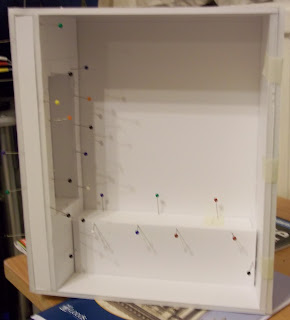 I really like using foam board as it is so easy to work with.  No power tools needed, it sticks together with good old PVA and you can stick pins in it to secure it while it dries and use masking tape.  Both of which can be removed later.

I let it dry a bit and then decided I did not like all the sharp edges so took the scalpel to it and hacked them off. 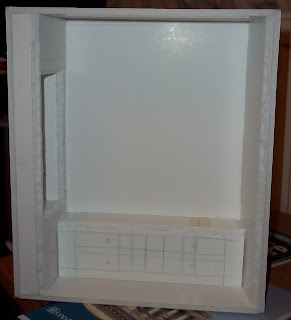 Well thats all for now, will let you know how I go on.